As one of the highlights of The Stellar Odyssey, this year’s celebration of the relationship between astronomical phenomena and watchmaking, Jaeger-LeCoultre presents a new art installation Passengers: Through Time specially commissioned from the French visual artist, Guillaume Marmin.

Over the years, Jaeger-LeCoultre has been expanding its creative and cultural universe through a series of art commissions, as well as collaborations with world-class practitioners of crafts from outside the world of watchmaking, thus enlarging the dialogue that exists between horology and art. In keeping with La Grande Maison’s great legacy of innovation in watchmaking, these collaborations focus on artists whose work explores unexpected forms of expression.

In his work, Guillaume Marmin employs light, sound and movement in complex and evocative relationships that redefine traditional ideas of sculpture, space and time. It evokes the beauty of the imperceptible and the laws of physics, mingling sound and light to create a new world of images and narrations, and transporting the viewer to another plane, raising profound questions and inviting contemplation and introspection. Its deepest fascination lies in this almost transcendental effect on the viewer. 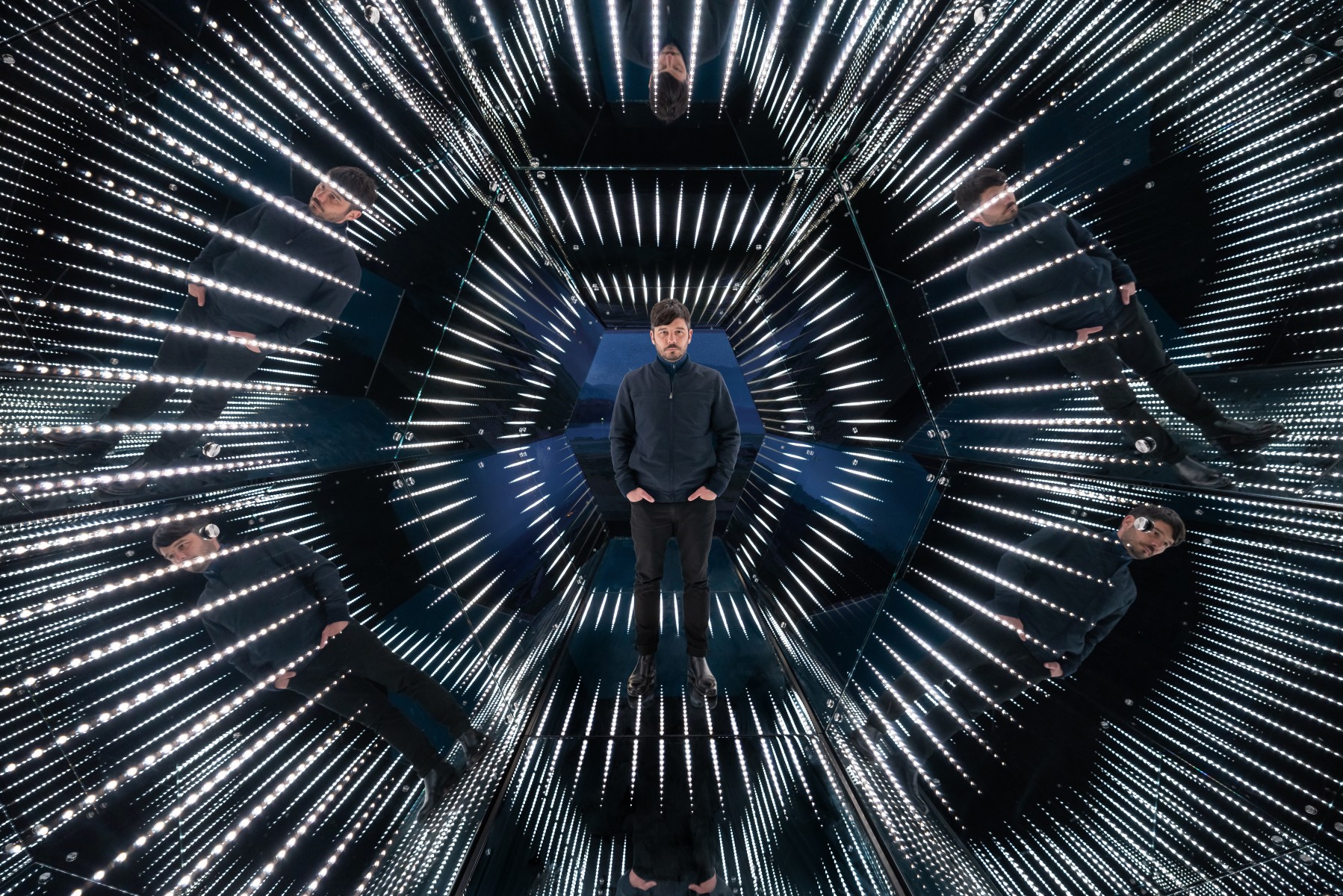 As the artist has said of his work: “I try to carry out an approach that is both conceptual and technical at the same time. I am always looking for new tools to experiment with, the times we live in are particularly conducive to this. When we work around light, we are always at the crossroads of scientific, artistic but also philosophical, even mystical questions. To a certain extent, I think my work is a continuation of the research begun by artists like Victor Vasarely or François Morellet since the 1950s. With contemporary tools, I am interested in abstract forms, movement or still in the light. There is also this same desire to take the works out of the galleries, to invest the public space and to find new distribution networks.”

While using technologically advanced tools and digital media, Guillaume Marmin’s work is always grounded in expressions of reality. Through subjects such as Earth, architecture, the paradigms of physics – and in this new commission for Jaeger-LeCoultre, astronomical phenomena – he illustrates the ambivalence of the present day in its relationship between nature and technology.

“We are delighted to be working with Guillaume,” says Catherine Rénier, Chief Executive Officer of Jaeger-LeCoultre. “The way his work sparks the imagination and creates a sense of awe and wonder captures perfectly the feeling we get when we look at the night sky and contemplate the movements of the stars and planets. In this sense, as well as the elegance and underlying complexity of his systems, we see an exact parallel with watchmaking. As it explores the very meaning of time, Passengers: Through Time is an outstanding expression of our Stellar Odyssey theme this year.” 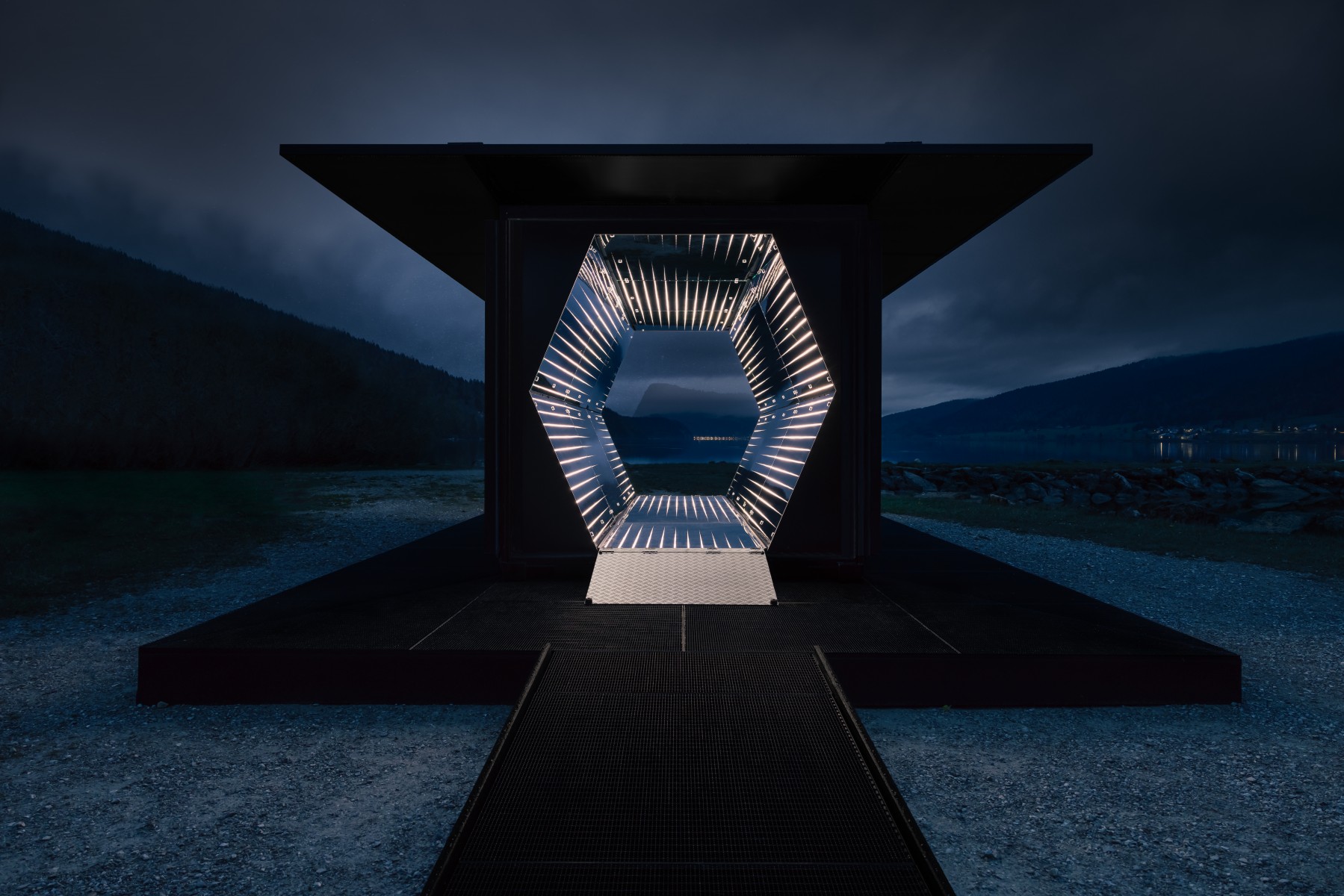 In partnership with Jaeger-LeCoultre, Guillaume Marmin has created an entirely new chapter for his acclaimed installation, Passengers. This second chapter, Passengers: Through Time, focuses on celestial and astronomical observation, offering its visitors – or ‘passengers’ – an exploration of the links between time, space and light, as described by the theory of relativity.

“The challenge of this project is to make perceptible the relationship between the observation of the sky and the measurement of time,” says Guillaume Marmin “From exchanges with astronomers and watchmakers, I imagined an art installation capable of transcribing the links that unite time and space. Its visual and sound content is constantly renewed thanks to a program established according to the geographical coordinates of each exhibition venue, the solar and lunar calendars, and the timetables. Through a kinetic device composed of games of reflections, the installation can be perceived as a spatio-temporal excursion in which we would be the protagonists. »

The intense planning phase of Passengers: Through Time included a deep consultation between the artist and the Institute of Planetology and Astrophysics of Grenoble, which enabled him to identify and model the relationship between time and the cosmos in the light of contemporary knowledge. Employing generative programming to transcribe the data he collected during this phase, he has created an immersive and inspiring environment that enables us to momentarily approach the beauty of the unseen and the mathematical foundation of reality.

Through a kinetic device contained within a walk-through capsule and made up of visual and sound movements, infinite reflections and dizzying perspectives, the installation takes visitors on a stellar excursion in which they are the protagonists. In the passengers’ minds, this complex and evocative interplay of light, sound and movement captures the vastness of the cosmos, inviting reflection on the fundamental question of what time really is. 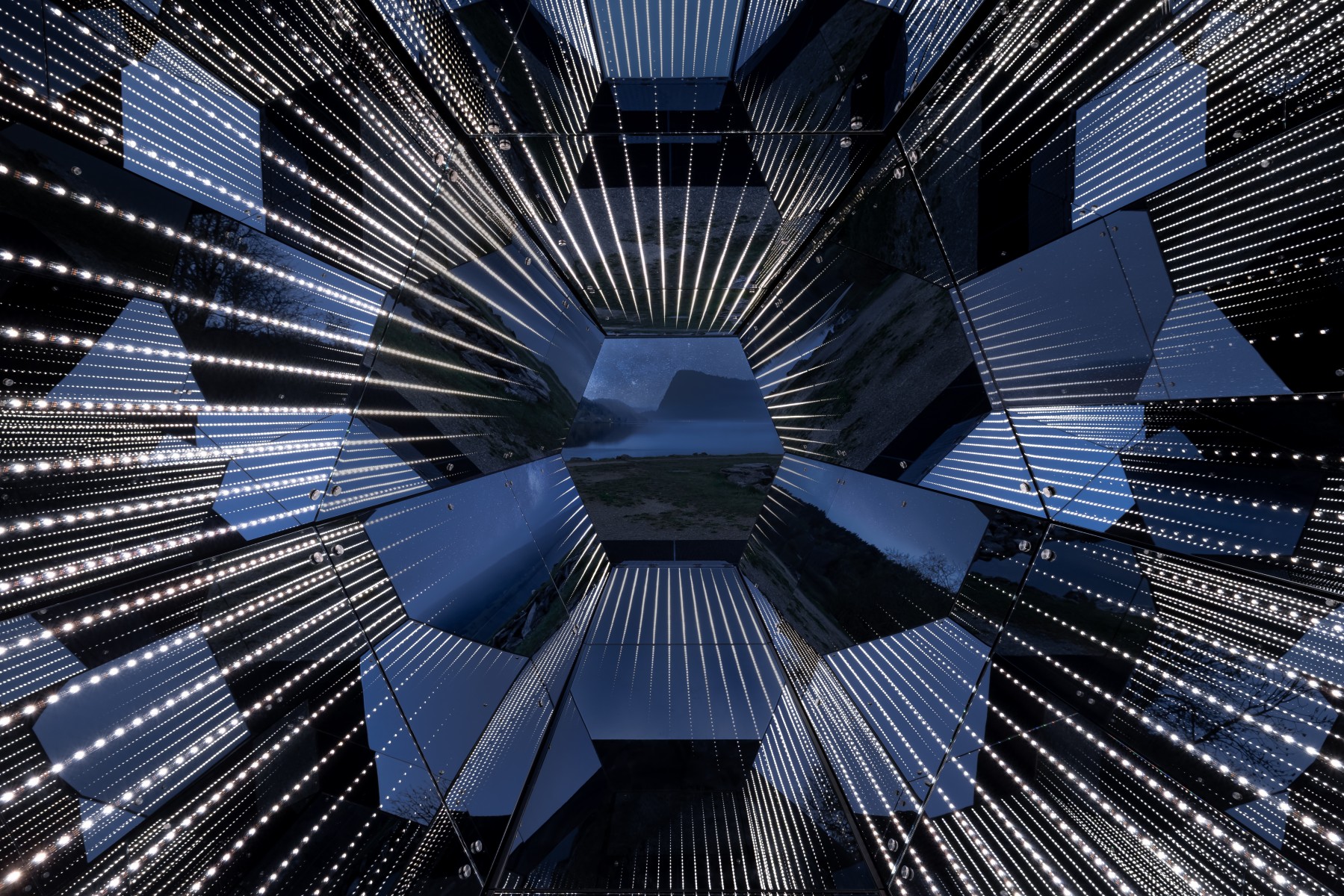 As Passengers: Through Time will travel to various global destinations as an integral part of the Stellar Odyssey Exhibition, its content will be perpetually modified in alignment with the solar calendar and the geographical coordinates of each exhibition site, thus expressing celestial phenomena in real time and place.

Born in France, Guillaume Marmin trained at the University of Lyon II, then specialised in in film, audio-visual media and digital media at ARFIS École. His work, connected from the beginning to the music scene and performing arts, is part of a revival of visual creation by overcoming traditional forms of storytelling and traditional performing media. Influenced by experimental filmmakers, Guillaume Marmin is looking for a new synaesthetic alphabet, a shared language between images and sounds, rhythms, contrast and sleek moving figures.

To develop this new language, Marmin’s work includes mapping on 3D sculptures and buildings, projection on photography and screen printing, bodies in motion and smoke. His immersive works in public spaces involve collaborations between architects, musicians and lighting designers, and give body to the intangible, making us momentarily approach the beauty of the unseen and the mathematical foundation of reality. Despite the use of technologically advanced tools and the intervention of digital media, Guillaume Marmin’s work is always grounded in expressions of reality. Whether his subject is Earth (Around the Island), climatic phenomena (Après-nous le Déluge), architecture (Raster) or the history of paradigms in physics (Timée), he illustrates the ambivalence of the present day in its relationship between nature and technology.

ABOUT THE STELLAR ODYSSEY

In 2022 Jaeger-LeCoultre pays homage to the astronomical phenomena that lie at the very origin of how mankind measures time. Since the earliest days of the Manufacture, astronomical functions have played a major role in Jaeger-LeCoultre’s portfolio of complicated timepieces ­– ranging from simple forms of moon phase display to highly complex perpetual calendars, equation of time, sky charts, and the draconic and anomalistic lunar cycles. Mastering all three measures of time – solar, lunar and sidereal – the watchmakers of La Grande Maison have perpetually innovated to create the most advanced and precise mechanisms that represent or even predict celestial phenomena. This year, Jaeger-LeCoultre embarks on a Stellar Odyssey with an immersive exhibition and a series of themed events that will embrace inspirational collaborations with a visual artist and a mixologist, and a fascinating programme of celestially-themed Discovery Workshops at Atelier d’Antoine. The Stellar Odyssey is an invitation to discover how the mysteries of the cosmos are translated into micro-mechanical wonders for the wrist.