Jaeger-LeCoultre presents In Pursuit of Chance a poetic and captivating video unveiling the new Rendez-Vous Dazzling Star watch, starring Amanda Seyfried. Friend of the House, Amanda’s acting talent and magnetic on-screen presence bring to life the story of a modern romance quest.  In a mysterious and dramatic setting, the new video invites viewers to reflect on the meaning of chance, in life, in love and in the stars.

In Pursuit of Chance encapsulates the concept of manifestation – that our lives are not purely a matter of luck; by clarifying our intentions and imparting them to the universe, we create the conditions where we can accomplish our desired destiny and make our dreams a reality. The shooting star becomes a metaphor for the power of manifesting – a physical, real-world phenomenon that represents the metaphysical, this random celestial phenomenon mirrors the apparent randomness of chance.

“I loved making this short film because I see a parallel in my own life,” says Amanda. “To me, shooting stars can symbolise change and give us hope. Anytime I make a wish on a shooting star, I believe that something magical and mysterious is about to happen. By making a wish, I'm challenging myself to make a difference in my life and it feels that the universe allows me to.”

The video was shot at the legendary estate designed and built by artist and sculptor Xavier Corbero in Barcelona. The architecture itself takes the form of a monumental sculpture, with geometric concrete structures stacked at different heights and linked by floating staircases and curved arches to create a dramatic and maze-like effect.

In this theatrical, otherworldly setting, with the starry night sky as a backdrop, Amanda appears wearing the new Rendez-Vous Dazzling Star. As she turns her gaze from the face of the watch to the sky above, a shooting star flashes across the heavens and the story segues between reality and a dreamlike state – from quiet contemplation as she manifests her intentions to the universe, to a sense of urgency as she runs towards her destiny. In that moment, Amanda’s character understands that the shooting star is the catalyst for her wish and, as she looks back at her watch, its shooting star flies across the dial, anchoring her back to reality and leading her to the destiny that she sought. 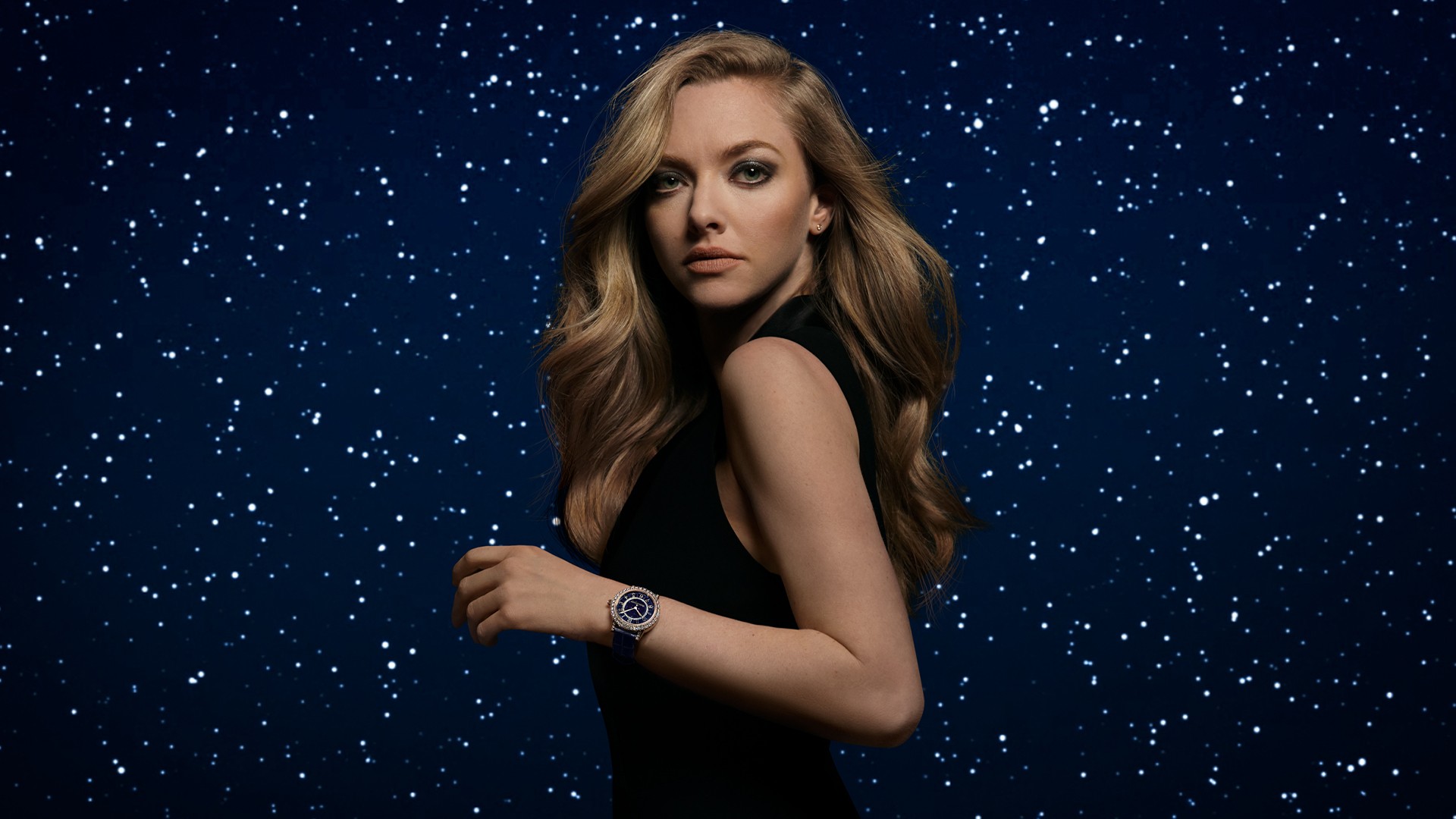 Unpredictable, ephemeral and mysterious, shooting stars are the most romantic and intriguing of all the celestial phenomena – fascinating mankind since the dawn of time. Now, they have inspired the watchmakers of Jaeger-LeCoultre, who have recreated their magic on the wrist, thanks to an entirely new mechanism conceived and developed within the Manufacture, causing a shooting star to flash across the dial at random moments.

“I’ve always been enthralled by the beauty of the starry sky on a clear night and often spend time out in my back yard, gazing up in wonder,” says Amanda. “On rare occasions I’ve been rewarded by the incredibly special sight of a shooting star. It’s amazing to think that the watchmakers at Jaeger-LeCoultre have found a way to capture that magic in a wristwatch.”

With its blue Aventurine dial, the Rendez-Vous Dazzling Star exquisitely captures the beauty of a star-studded night sky, accentuated by the two rings of diamonds that encircle the watch case – the signature of the dazzling Rendez-Vous. In the centre of the dial, framed by another ring of diamonds, three discs are layered over one other, concealing the shooting star when it is inactive. Activated by the movement of the wrist, the shooting star briefly appears then disappears – as fleeting, unpredictable and enchanting as the phenomenon that inspired it.